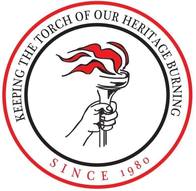 The FLOMO Theater Inc was established by Peter Y. Ballah, one of Liberia’s culture icons, in December 1980, right after the coup d’etat primarily to shed light on the gross violations of Human Rights and Cultural issues that were being pervasive then. FLOMO Theater being one of the leading Campaign driven organizations, reached out to a large majority of the population through Awareness education, Advocacy, Drama, Satirical Speeches, jiggles, and many other artistic performances that expose, to a larger extend, the ills of the regime then.

In the early 1980s, FLOMO Theater Inc was the only Peace Building and Dramatic group that spoke for the voiceless through its advocacy and artistic talents. The group is a household name that addresses social, political, promotion of public health and the preservation and promotion of the Liberian cultural heritage. During the mid-80s, the group entertained thousands of television viewers with it popular TV program, “The FLOMO Show”.
​This encourages public agencies and non-governmental organizations to partner to produce program using radio drama, live performances, Road Shows, theater workshops, preserving and promoting Good Governance, Peace Building Initiative, Public Health Messages, Story Telling, Mobile Cinema, songs and tales.
More information on the article 'A spotlight on Flomo Theatre', written in August 2018 by Ashawnti Sakina Ford :
​https://minnesotaplaylist.com/magazine/article/2018/creating-specactors
ACHIEVEMENTS
CURRENT PROGRAMS
THE BAI T. MOORE CULTURE VILLAGE
TEAM AND PARTNERS
SUPPORT US
HOME